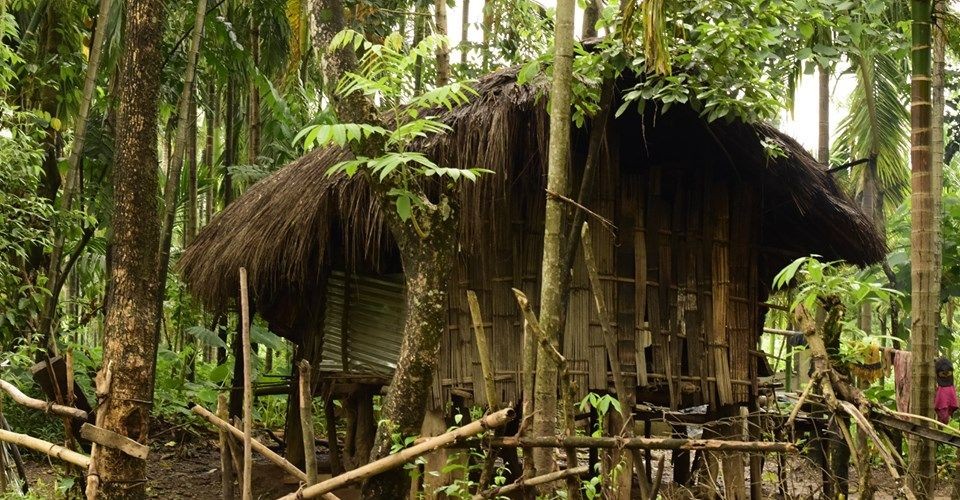 Information regarding a day visit to Totoparaas available in web is either too generic or outdated. Since I wasn’t able to find much credible travel information online, I decided to jot it down as first priority when I was back from my Totopara visit in the month of May 2019.

Totopara is the best option in Dooars to have a taste of the old and primitive culture of the endemic Toto people.

Toto a small Tibeto-Burman language speaking autochthones tribe living in Totopara bounded on the north by Bhutan, on the east by the Torsha River and on the south by the Titi Forest. Toto people migrated from Bhutan to Totopara, after they had a feud with ‘Doya’ community of Mongoloid origin. After 1865 Indo-Bhutan war, few Totos migrated to the interiors of Bhutan and the rest of the population still resides at Totopara.

Totos were on the verge of extinction. The population of Totos was always a concern. Their population in 1901 was 171, in 1951 it increased to 321. However, concerted efforts from Govt. has helped to conserve their unique culture and tradition and also augmented their population. As per2011 census, Totopara has a population of 2960.

As per the Anthropological Survey of India, Toto population is endangered; however, Toto language is far more endangered. Totopara is in the confluence of Bengali and Nepali speaking population, and this has adulterated aboriginal Toto language.

There is no stratification within society. They call themselves Hindus, however, there don’t practise idol worship and they also don’t celebrate any Hindu festivals. They worship nature Gods.

Toto believes that God Ishpa who supposed to be in Badoo Hills of Bhutan and if he is unhappy then they may fall sick. Totos offer him animals like – pigs, goats, pigeons and drink ‘Eu’ to please him.

Toto people organize another festival called ‘Garom Puja’ or the prayer of the wellbeing of the whole village. For their veneration, they bring a priest crossing the boundaries of the village. Women are not permitted to be present in the puja.

Totos are rich and diverse in their culture. Toto community love to sing and dance. They also love Nepali and Bengali songs.

Totos love the traditional drink called ‘Eu’- made of fermented marua(local millet) and rice powder, which they consume during all festivals.

Ms Rita Toto became the first women Toto to graduate in the year 2010.

Toto people are identified by their houses. A traditional Toto house builds with bamboo, straw, and clay. These are huts with four folded roof make with straw, and all roofs are joined at the top elevation and decline towards the sidewall. Generally, they keep cattle beneath their houses.

The road from Madarihat to Totopara is about 22 km. The ride is a joy of the heart. There are stretches of forest on both sides of the road. Wildlife frequents the place quite often. We will come across few forest villages and lush green tea estates like Hantapara. The scenic beauty of the place is indescribable in words. The road condition is bumpy and at places, there is no road and we will have to cross six semi-dry mountain streams before we reach Totopara.

Innova is the best choice for a trip to Totopara, as the road conditions are not great.

Attractions/ Things to Do at Totopara:

It is advisable not to visit Totopara in the months of June, July and August as streams gets filled with water and it becomes insurmountable for vehicles to ply on such streams.

‘Yunteko Karbo’ which means in Toto language ‘goodbye and will see you again’. 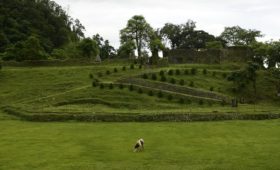 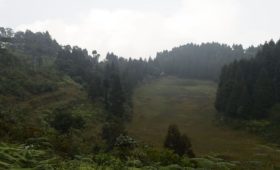 Sittong – The Land of Orange Orchards 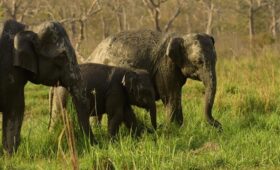