The Chilapata Forest is a dense forest near Jaldapara National Park in Dooars, Alipurduar district, West Bengal. Chilapata was once infamous for dacoits, but now the place is safe and tourism has started to flourish.

The forest forms an elephant corridor between Jaldapara National Park and the Buxa Tiger Reserve and is rich in wildlife. A major part of the jungle is still unexplored. Not only wildlife lovers but Chilapata has lured the historians equally. The ruins of the Nalraja Garh or the fort of the Nal Kings built in the Gupta period in the 5th century CE also known as the Golden Era of India has caught the interest of many archeologists and lured them into the Chilapata jungle. While exploring this site one can encounter the “Ramgua Tree”, the tree which bleeds. Locals say that some loyal guards of the fort were transformed into trees while the fort was getting destroyed and till date, they are guarding the treasure of the fort.

Chilapata is the home for Elephants, Leopard, Gaur, Wild Boar also a wide variety of birds are found in Chilapata.

Mathura Tea Garden is nearby. You may also interact with the Rabha Tribal Community.

Buxa Tiger Reserve(BTR): lies in Alipurduar district of West Bengal. Its northern boundary runs along the international border with Bhutan. The Sinchula hill range lies all along the northern side of BTR and the eastern boundary touches Assam.

Tigers are very hard to spot. Other than the elusive tiger, some of the common wildlife that can be found in Buxa includes Elephants, Gaurs, Deers of various types including spotted deer, barking deer, sambar, hog deer etc, Dhole, Jackals, Hyenas, Giant Squirrels, Porcupine, and of course Leopards.

Jayanti: is a small village nearly 5 km from Buxa. At the backdrop of Jayanti lies the Bhutan Hills which enhances the beauty of the place. Dolomite extraction used to be the main economic activity, but after the declaration of Tiger Reserve, it has come to halt.

On the river bed of Jayanti lays the remains of an old bridge. On a full moon night, the beauty of Jayanti is indescribable in words.

Ecotourism in the nearby areas-

Buxa Fort: Buxa Fort is located at an altitude of 867 meters. The Bhutan King used the fort to protect the portion of famous Silk Route connecting Tibet with India, via Bhutan. Still later during unrest in Occupation of Tibet, hundreds of refugees arrived at the place and used the then abandoned fort as a refuge.

The British reconstructed the fort from its bamboo-wood structure to stone structure. The fort was to later be used as a high-security prison and detention camp in the 1930s; it was the most notorious and unreachable prison in India after the Cellular Jail in Andaman. Nationalist revolutionaries belonging to the Anushilan Samiti and Yugantar group such as Krishnapada Chakraborty were a hostage there in the 1930s. It is believed Netaji Subash Chnadra Bose was kept as a hostage at this fort.

You can trek to the Buxa Fort. Number of beautiful trekking routes start from Buxa Fort. Rover’s point is the heaven for bird watchers’ which is 3km ahead of Buxa fort. Hard trekkers can go ahead another 6 km to reach Roopam valley or Rupang valley bordering Bhutan. Another small but beautiful valley called Lepchakha can be reached from Buxa fort by 5 km trekking. Lepchakha offers a splendid view of entire Buxa Tiger Reserve, plains of North Bengal and adjoining Bhutan.

Mahakal Cave:This ancient Lord Shiva’s pilgrimage site lies in Bhutan. Every year thousands of tourists visit this place. Considering its religious importance transit to this site is provided through the core area of Jainty River Bed which is usually dry during the pilgrimage months.

Narathali Beel:This is a natural wetland. Every year thousands of winter birds visit the area. Since it lies on Core-Buffer boundary this wetland is opened for the tourists only during winters.

Jayanti Pokhri: This small wetland on high altitude is home to several species of fish(a large number of catfish) and turtles. The trek from Jayanti to Pokhri passes through the beautiful forest. This site lies close to the Core-Buffer boundary. Tashigaon Watch Tower is on way. Pokhri is considered holy both Hindus and Buddhists.

Sikiajhora is called the “Sunderban of Noth-Bengal”. Sikiajhora is a rivulet which meanders through the Buxa Tiger Reserve and enters the plains of Dooars to meet another stream Bala, which too originates from the Jayanti Hills and Buxa Forest.

There is a small park maintained by local women group. You can take a tour on a country boat here on a narrow channel (which is the Sikiajhora stream) and go deep inside the forest, watch birds, reptiles and sometimes even wildlife from the boat.

Raimatang is not yet a fully flourished tourist destination; therefore, amenities available here are very basic in nature. There handful of home-stays run by the locals.

Raimatang is known for its leopard population. Elephants are also frequent visitors. Since you are in the middle of the forest it is very likely you will have a glimpse of wildlife from the home-stay itself.

There is a watchtower in Raimatang from where tourists can watch wild-life during morning time. The vast river bed is also an attractive place to spend some time in daylight. 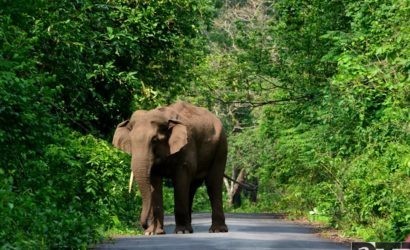 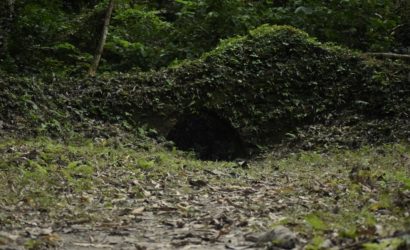