Jaldapara is at the foothills of eastern Himalayas

The river Torsha flows through this rain forest sanctuary which is mostly covered with tall grasses, the sanctuary encompasses luxuriant vegetation and a rich variety of wildlife. The Malangi River also flows nearby from east to west.

The forest is mainly savannah covered with tall elephant grasses. The main attraction of the sanctuary is Asiatic one-horned rhinoceros. The sanctuary holds the highest rhino population in India after Kaziranga National Park in Assam. The other animals found are Elephants, Leopards, Gaurs, Sambhar, Barking Deer, Spotted Deer, Hog Deer, and Wild Pig.

Jaldapara is a paradise for birding. It is one of the very few places in India, where the Critically Endangered Bengal Florican is sighted. The other birds to be found here are the crested eagle, Pallas’s fishing eagle, and shikra, besides jungle fowl, peafowl, partridges, and lesser pied hornbill. Python, monitor lizards, krates, cobras, geckos and about 8 species of freshwater turtles have also found sanctuary here.

Elephant safari and Jeep Safari(morning and evening) are conducted by Forest Dept. to explore the forest.

History: Toto tribes and Mech Tribes (Bodos) used to stay in this area before 1800. At that time this place was known as “Totopara”. Jaldapara Wildlife Sanctuary was established in 1941 for the purpose of protecting the Indian one-horned rhinoceros. In May 2012 it was declared a national park.

Toto people belong in the Indo-Bhutanese tribal community. Now a day’s all Toto people are concentrated in Totopara, 22 km away from Madarihat, Alipurduar District.

You will have to cross many streams to reach Totopara. Totos were on the verge of extinction. However, concerted efforts from Govt. has helped to conserve their unique culture and tradition and also augmented their population. As per2011 census, Totopara has a population of 2960.

A traditional Toto house builds with bamboo, straw, and clay. These are huts with four folded roof make with straw, and all roofs are joined at the top elevation and decline towards the side wall.

Toto believes that God Ishpa lives in the Bhutan hills and if he is unhappy then they may fall sick. Totos offer him animal and drink Eu to please him.

Goddess Cheima lives in the village and protects them from all kinds of trouble and sickness. Toto people offer rice, fowls, and Eu to please her.

Toto people are very conservative and marry within the tribe to preserve their ethnicity.

If you want to take a taste of the old tribal culture, then Totopara is an ideal destination for you. 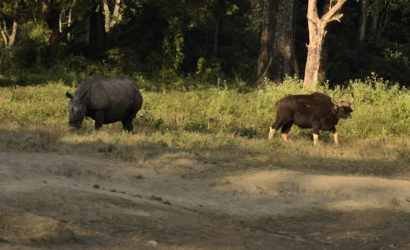 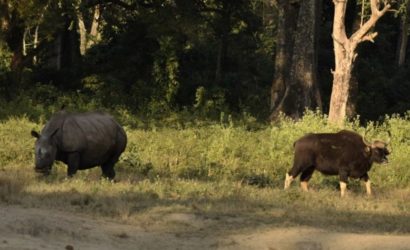 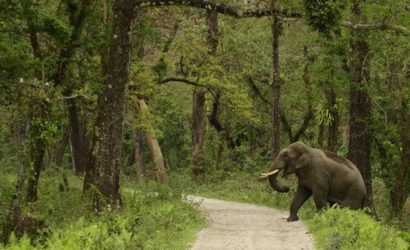