On a gentle slope in the foothills of the Himalayas, where wooded hills give way to alluvial grasslands and tropical forests, the Manas National Park in Bauxa District of Assam is home to a great variety of wildlife.

The name of the park is originated from the Manas River, which is named after the serpent goddess Manasa. The Manas River is a major tributary of Brahmaputra River, which passes through the heart of the national park. In 1992, UNESCO declared it as a world heritage site.

Manas is less known than its big brother Kaziranga National Park. But it’s the untouched and virgin beauty of North East.

Located in the foothills of the Eastern Himalayas, the park is flanked by the giant Manas River separating it from Royal Manas National Park in Bhutan.

If you want a wholesome and fulfilling experience amidst nature, away from so-called tourist destinations – Manas National Park is the place to be.

There are two major biomes present in Manas:

The park is well known for its rare and endangered wildlife which are endemic and not found elsewhere in the world for instance- the Assam Roofed Turtle, Hispid Hare, Golden Langur, and Pygmy Hog.

Things to do at Manas- 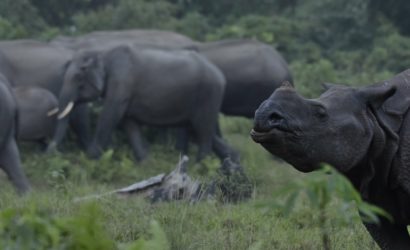 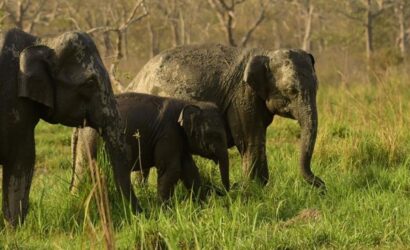