Sikkim is India’s first fully organic state – that defines the traditional character of this state of the Indian union. A comparatively new entrant in the Indian Dominion, Sikkim is the land of peace and tranquility in these tough times of arrogance, fear, and social despair. The state, tough small in geographical terms, boasts of varied and humongous flora and fauna. While East Sikkim and South Sikkim wreak of commercialism, West and North Sikkim are still Virgin lands, and majorly unexplored. People here welcome you with a smile. Hospitality is the core social value in this Himalayan state. The demography is varied in this part of the world – ethnic tribes of Sikkim, Tibetan, Nepalis, Marwaris, and Biharis – Sikkim represent a microcosm of India at large. The land guarded by the Majestic Himalayas peaked by the Kanchenjunga, flown by Teesta and Rangit Rivers is a traveler’s short story – one journey of self-discovery that doesn’t seem to end.

Attractions/ Things to do in Sikkim-

Gangtok (the capital town of Sikkim), Tsomgo Lake (a high altitude scenic lake), Baba Mandir (a temple built as a tribute to an ex-soldier of Indian Army known as Baba Harbhajan Singh), Nathula Pass (the high altitude pass that connects Sikkim with China), Rumtek and Ranka Monastery, Zuluk (which is part of the historic silk route).

Pelling (a popular tourist place known for its sweeping views of Kanchenjunga), Kaluk & Rinchenpong (known for their natural beauty and views), Yuksom (the base for famous Dzongri and Goechala trek).

Lachung (a scenic village by the side of Lachung river and a base for Yumthang Valley), Yumthang (known for the valley of rhododendron flowers and hot spring), Zero Point (further up from Yumthang), Lachen (another quaint village), Chopta Valley (a lovely valley on the way to Gurudongmar), Gurudongmar Lake.

Namchi (known as the cultural and religious hub of Sikkim – Char Dham, Samdruptse Monastery ), Ravangla (a sleepy town known for the scenic Buddha Park with its huge Buddha statue at the center), Borong (a paradise for bird watchers), the sprawling Temi Tea. 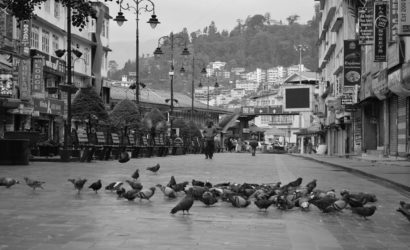